Bis(N-confused porphyrin) as a semirigid receptor with a chirality memory: a two-way host enantiomerization through point-to-axial chirality transfer.

The adduct formation of protonated bis(N-confused porphyrin) (BNCP, 3,3'-bis(meso-tetratolyl-2-aza-21-carbaporphyrin) with chiral anions, carboxylic acids, and alcohols was studied in solution by means of (1) H NMR and circular dichroism (CD) spectroscopic analysis and DFT methods. The addition of enantiopure guests to the acidified BNCP resulted in optical activity that vanished after neutralization. Pairs of the (1) H NMR-distinguishable diastereomers were formed when enantiopure guests were applied, although a single form was observed upon the addition of the racemic mixtures in each case. Unidirectional configuration change that led to diastereomeric excess was observed in several instances. Such an excess was memorized by metalation of the adducts with AgBF4 , thus resulting in optically active silver(III) complexes of BNCP with some enantiomeric excess. Absolute configurations of BNCP cations and bis(zinc) and bis(silver(III)) complexes were determined on the basis of time-dependent (TD)-DFT calculations of their CD spectra. It was shown that some of the chiral carboxylates induced opposite directions of enantiomerization of di- and tetracations or di-/tetracation and bis(zinc) complexes. The source of the optical activity of the equimolar diastereomeric mixture of adducts is discussed.

A meso-tetraaryl-21-carbaporphyrin: incorporation of a cyclopentadiene unit into a porphyrin architecture. 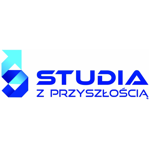